Cuito Cuanavale 25 years on: celebrating revolutionary internationalism in the struggle against colonialism and apartheid 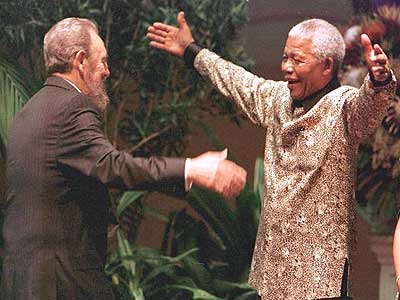 27 June, 2013 “The history of Africa will be written as before and after Cuito Cuanavale” – Fidel Castro Twenty-five years ago, on 27 June 1988, the army of apartheid South Africa was forced to start withdrawing from Angola after 13 years’ intervention in that country’s civil war. The South Africans had been outmanoeuvred and outgunned by the Angolan defence forces (FAPLA – the People’s Armed Forces for the Liberation of Angola), in combination with thousands of Cuban soldiers, and units from both the MK (uMkhonto weSizwe – the armed wing of the ANC) and PLAN (People’s Liberation Army of […]