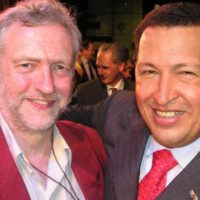 So go out and vote. If not for yourself, do it so that children can go to school and uni, so that old people can turn their heating on this winter, so that Syrian civilians aren’t murdered by British-financed terrorists, so that homeless people get a chance at a better life, so that disabled people get the support that allows them to lead a dignified life, so that unemployed people get work, so that workers can unionise and fight for their rights, so that we can all live in a slightly better, more just, more tolerant society. It’s not socialism, but it’s an awful lot better than what we’re going to see if Theresa May gets her landslide.

Jeremy and his team will face endless obstacles in power, we all know that. The ruling class will fight with everything that it’s got to prevent the implementation of a progressive platform. But much better to have people who actually want to do a good job, and that we can put pressure on to come good on their commitments. Go vote!